Problems With E-Commerce Feedback Loops and How to Fix Them 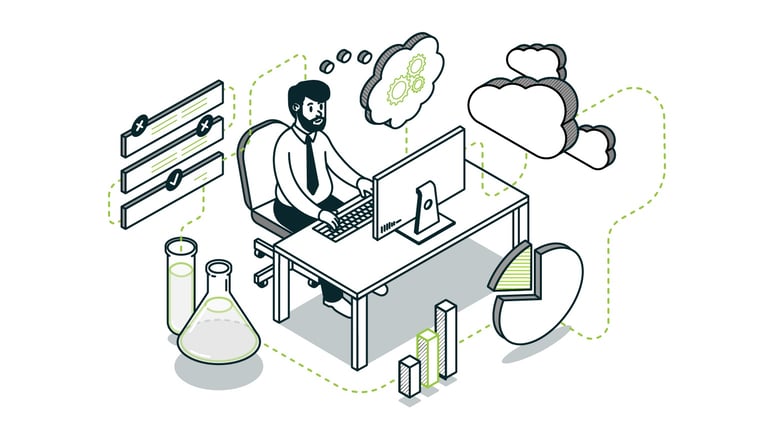 A 2011 article from Wired Magazine titled “Harnessing the Power of Feedback Loops” begins by telling the story of a city trying to reduce speeding in school zones. Officials posted bright signs and gave more tickets, but their efforts had barely made an impact. Then the city created an instant feedback loop by installing dynamic speed signs, the ones that flash your current speed and the speed limit side by side, and drivers finally slowed down.

The article goes on to describe how feedback loops can change behaviors like energy consumption and health habits for the better. The effectiveness of a feedback loop depends on how data is collected and how it is presented to the user.

Switching gears, does e-commerce use feedback loops to change consumer behavior? How much could revenue increase if the right feedback loops were in place?

Feedback loops start with capturing data. E-commerce companies have an advantage that every user action, deliberate or not, is a data point. Mouse clicks, page scrolls, mobile swipes, all of these and more are data points that make up a shopper’s digital body language.

The next step is to interpret the captured data. Most retail companies will use sophisticated analytics programs, hire data analysts, and other tactics to refine their raw data into something useful.

After insights are drawn from the user data, a strategy is built to optimize the online store. This might be something like a design change, highlighting new information, or running a promotion.

Finally, the strategy is implemented. Users interact with the change, data is captured, and the cycle begins again.

The Problem With the Feedback Loop

And if it seems impossible to accomplish in under three minutes for one customer, remember this needs to be done at scale for thousands of customers at once, 24/7.

Current feedback loops are too slow. By the time you capture enough information about a customer, they’ve already exited the site. At this speed, it’s like asking a customer “Can I get you a fitting room?” after they have already left your store. And getting them to come back to your store is going to be much harder than if you had asked while they were still shopping.

In addition, user data is often aggregated to show large trends and wide opportunities rather than looking at the individual customer. Comparing this to the first example, this is like a dynamic speed sign displaying the average speed driven next to the speed limit rather than the specific driver’s speed: it might change some people’s behavior, but it won’t target specific behaviors.

To create a feedback loop to change shopper behavior, it must be lightning fast, capable of working at scale, and address the needs of individual shoppers.

How to Make Your Feedback Loop Faster

The effective feedback loops mentioned in the Wired article were possible with two improvements:

Fortunately, user data can be collected and processed through advanced machine learning (ML) technology. ML technology is ideal because it can process large amounts of data to rapidly identify patterns in user behavior at scale. Once a target user behavior is identified, it can then use its knowledge of conversion methods to interact with that user in a personalized way.

ML is the technological breakthrough that satisfies both aspects of an effective feedback loop, automatic data collection, and compelling presentation in real-time.

With ML technology, the e-commerce feedback loop can cycle through analyzing, interpreting, strategizing, and implementing optimization efforts every second, for every shopper.