Conversion optimization is a rapidly expanding and growing field of study and practice and for the past few years, has been steadily gaining popularity and mainstream adoption.

To stay at the forefront of it all, what better way than to hear it from the thought leaders themselves? Follow these 16 conversion experts on Twitter to soak up a little bit of their wisdom and stay on top of emerging trends.

Craig Sullivan is one of the foremost conversion experts in the world. He travels the world speaking at various events, but if you can't make it to one of those, his Twitter his highly entertaining and educational as well. He mixes commentary and wit with tons of valuable content. Read it all, and also follow him on Medium for his conversion optimization essays: https://medium.com/@optimiseordie

"You are trying to run a bundle of tests, whose expected additional information will give you the highest return." Worth framing, that one.

Peep will call your bullshit.

He’s the founder of ConversionXL, the world’s most popular conversion optimization blog, as well as the conversion agency by the same name.

Following Peep is the best way to get a steady diet of CXL blog posts and high level thought leadership from a trusted conversion authority. And as an added bonus, you might even get the ocassional random smackdown.

Every time a new blog post with Cialdini's 6 principles is published, some animal dies, CO2 levels rise and the top 1% makes even more money 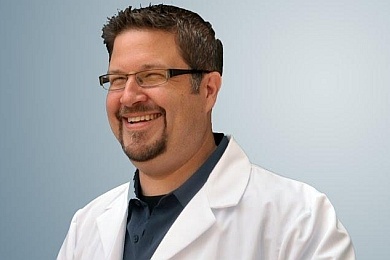 Brian Massey is not only the author of the phenomenal book Your Customer Creation Equation, but Brian is also known as the Conversion Scientist™ (the founder of Conversion Sciences, a conversion optimization agency in Texas). His Twitter is filled with excellent content from his blog as well as other optimization related content. And if you catch him at the right time, you'll find yourself privy to a real time Q&A with Brian himself.

Join me on 3/15 at 10am CST for #GuruChat! The theme? Storytelling: A Tale of Conversion. I eagerly await your questions.

Tim Ash is the CEO of SiteTuners, a leading conversion optimization agency. He is also the author of Landing Page Optimization, as well as the chair of the international Conversion Conference event series.

He is constantly speaking at conferences, and has authored many of the most important conversion optimization books, articles, and whitepapers. Recently, he's start posting short, informative videos to Twitter like the one below:

Previously, Justin Rondeau was the Chief Evangelist at Which Test Won, and he’s currently the Conversion Optimization Manager at Digital Marketer. He guest posts on other blogs also speak at tons of conversion and marketing conferences around the world. What we really love is when Justin gets in the weeds, like his thoughts on form analytics here:

Chris Goward is the Founder and CEO of conversion optimization agency WiderFunnel. He also popularized the phrase, “You Should Test That,” with his great book by the same name.

He’s one of the world’s most prominent conversion experts, and provides unique insight in to what has made his company so successful by sharing their own conversion processes and philosophies like the 'Infinity Optimization Process': 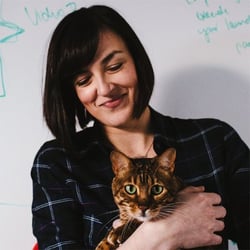 Joanna Wiebe is the founder of Copyhackers and Airstory. She’s also the original conversion copywriter. According to her profile, “I teach startups how to convert like mofos using li'l ol' words, old-skool copywriting and new-skool smartz.”

Even with her growing enterprise and assuredly increasing demand for her time, she still finds the time to deliver content that is thoughtful, original, and analytical like these findings on the Curiosity Gap':

Who am I missing? Anyone you want to see added to the list?